Application
BOTZ brush-on glazes are primarily suitable for 2 – 3 layer brush application. Some colours require thicker or thinner application, please observe the tips on the label on the container. In principle you can also add 20–30% water and immerse or spray.

Batt wash
To protect against dripping glaze, batt wash, a kaolin mix is spread directly onto the kiln plate. BOTZ batt wash is already mixed  ready for use.

Biscuit firing
The thoroughly dried clay is "biscuit-fired" in an initial firing process in order to harden it and degas it, so that the glazes can later melt out virtually bubble-free. At the same time, the biscuit ware remains porous in order to be able to draw in the glaze. For BOTZ glazes, we recommend biscuit firing at a minimum of 1000°C with a 10 min. HZ = soaking time.

Brush-on glaze
Glaze which has already been mixed as a liquid and is therefore ready for use. The binder also contains suspension agents, dispersion agents and low quantities of preservatives to maintain the glaze's spreadability and stability for a long time.

Cast blanks
These are pottery poured in plaster moulds and can be decorated using glazes or decorative colours.

Ceramics
Ceramics are said to be the oldest material known to mankind. Ceramics can be classified as a collective term for products consisting of anorganic raw materials such as clay and glazes in the different firing areas earthenware, stoneware and porcelain. We distinguish between coarse ceramics (e.g. bricks and structural ceramics) and fine ceramics (crockery and objets d'art)

Earthenware
Is often also called stoneware and is ceramics made from coloured clays at a firing range of approx. 1020 – 1100°C. Terms and temperatures in ceramics are traditional and differ often from region to region

Earthenware
is traditionally low fired ceramics with at least one light biscuit ware component which is still porous and can intake water. Therefore it attracts mixed clay glazes. Glazing in the earthenware range of approx. 1020 – 1100°C should seal the biscuit ware partially, but its major function is decorative. Earthenware glazes are considerably more colourful and effective than stoneware glazes but do not have such a strong connection with the clay. BOTZ brush-on glazes also adhere to higher biscuit-fired earthenware.

Engobes
Coloured, liquid clay applied thinly to the leather hard clay and then either biscuit-fired and transparently overglazed or fired unglazed up to its end temperature using weld penetration. BOTZ engobes can be applied to all clay drying statuses.

Fireclay
Fireclay is added to clays to reduce shrinkage and provide the mass with better stability and is effective against distortion and crack formation. Both fine-grain and coarse fireclay exist. Rotating masses can normally be prepared for better processing without fireclay. Plate clays and raku clays can contain fireclay shares of 40% and more.

Firing auxiliaries
These are highly temperature-resistant materials in the form of blocks or supports as spacers for the various kiln plates or as carrier objects for ceramics such as tile stands or tripods.

Firing service
Specialised dealers for ceramics requirements and several potters provide a firing service. Prices are often calculated according to the weight of the ware and the firing temperature level.

Frost resistance
The clay and not the ceramics determine whether ceramics are frost-resistant. If it is so highly fired that it can no longer intake and water (= lower than approx. 2%), the clay is sintered and the ceramics frost resistant.

Glaze
Mixture of frits, raw materials, pigments, oxides and specks in order to achieve overcoating similar to glass at various temperatures when firing. Industry and trade glazes are predominantly in powder form, brush-on glazes are recommended for school and hobby applications.

Lead-free
Lead is added to glazes in order to reduce the melting point and generate certain effects. Lead intake is highly detrimental to human health and must be avoided at all costs. Stirring a lead glaze can cause lead dust, lead odours may occur during firing and light acids can release lead from a glaze which has already been fired. All BOTZ products are technically lead-free

Porcelain
Highly fired ceramics from approx. 1240 up to 1400°C, also called "white gold". It mainly consists of feldspar, quartz and kaolin and the typical characteristics of the porcelain are its sealing properties and high degree of hardness and transparency. BOTZ Unidekor can be used easily on purchased porcelain if glazed with 9106 and fired at 1080°C.

Raku
is a ceramic firing technique from Japan which is predominantly used outdoors. It describes a special type of clay and the manufacturing process and the consequentially resulting ceramics work. The ceramics are heated fast and the glowing object embedded in organic materials (e.g. wood chippings). Smoke and a reduction process for the glazes generate the typical Raku effects. BOTZ glazes for which this fascinating technique can be employed are marked with the small flame symbol in the catalogue.

Shrinkage
Clays are subject to dry shrinkage and firing shrinkage, commonly described as total shrinkage. This is provided in percentage figures. In case of increasing temperatures, firing shrinkage is generally higher.

Sintering
Sintering biscuit ware means that melt components cause vitrification and therefore compaction of the biscuit ware, allowing the biscuit ware only to absorb low water quantities. A clay is seen as heavily sintered if its water absorption is lower than approx. 2% following firing.

Stoneware
Stoneware is a sub-area in ceramics relating to heavily sintered objects in the firing range of approx. 1200 – 1300°C. BOTZ stoneware glazes are highly suitable for manufacturing crockery and drinking vessels.

1) How often should I apply BOTZ glazes?

In general 2-3 layers, except for those who are indicated differently on the label under "NOTICE". E. g. the two transparent glazes (BOTZ 9102 and BOTZ 9106) and the two crackle glazes (BOTZ 9351 and BOTZ 9352) work best if applied only once without dilution or 1-2 times slightly diluted. For red colours and gold glaze, rather apply 3 times, see question 5.

2) How long is the shelf life of BOTZ glazes ?

After the purchase from the dealer, the glazes will have an average shelf life of 2 – 3 years, some even distinctly longer. Good storage conditions, i.e., no extreme temperature variations, no frost, no heat will extend the shelf life. Solidified glazes can be stirred with water to become spreadable again.

3) What is the biscuit firing temperature ? 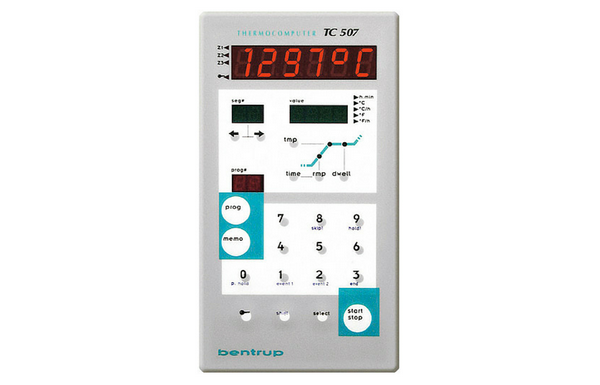 The first firing (biscuit firing) traditionally was fired at 900° to approx. 960°C. For powder glazes, a porous biscuit ware was important so that the mixed powder glaze could adhere roughly to the biscuit ware. However, BOTZ Flüssigglasur can be applied very well to ware biscuit fired at distinctly higher temperatures as it contains a glue which helps the glaze to adhere firmly. Advantage of a biscuit firing temperature of approx. 1020 – 1050°C: with a high biscuit firing temperature, the clay´s gassing process has been concluded to the greatest extent and the glaze will not be “disturbed” by clay gases in the 2nd firing, i.e., there will be less bubbles and craters. Some BOTZ users fire stoneware clay in the first firing at approx. 1220 – 1250 °C, thus the clay is sealed and frostproof and then, they use BOTZ Flüssigglasuren for the earthenware range at 1050°C.

4) Can I mix BOTZ glazes with each other ?

Very beautiful results can be achieved when you apply one glaze on top of the other. Mixing the glazes into each other in the earthenware range will not yield exciting results with all of them. Well suited are opaque glazes without effect and in particular also BOTZ Steinzeug (see also Notes under Tips Steinzeug).

Red and gold colours in ceramics often are very sensitive. Very stable are red BOTZ colours (BOTZ 9601 – BOTZ 9605) and BOTZ Gold (BOTZ 9541) when you observe the following 3 rules:
1. Apply a thick layer
2. Fire at low temperature (i.e., up to 1040°C)
3.Admit oxygen to the kiln, or do not set the ware too close inside the kiln so that air can circulate easily.
For Lava (BOTZ 9606) and Korale (BOTZ 9607), you can fire at a higher temperature, however, carefully observe the oxygen supply. White edges are part of the appearance with these glazes.

Most of the time, this works pretty good, if you, for example, applied a thin layer and wish to apply the same glaze again. The drying time on fired glaze, of course, is longer than on unglazed biscuit ware. If you wish to apply a different colour over a fired glaze, the result is not quite foreseeable, but often exciting. For good adhesion, you can heat the fired ceramics again to 60 – 100 °C prior to renewed glazing.

7) Some BOTZ glazes smell during firing, will toxic gases escape ?

It is important to know that each firing, i.e., also a biscuit firing, produces harmful gases in the ceramics.You should exhaust these fumes with an exhaust air system (e.g., see www.kerablu.de) or provide for good ventilation and aeration in the firing chamber and, if possible not work inside the firing chamber during firing. The sometimes intense smell of BOTZ glazes (approx. between 200 – 300°C) is no more dangerous than inodourlessly firing glazes. Interpret it as a hint for insufficient ventilation. The bad smell annoyance during firing will decrease if you let the glazes dry thoroughly before firing.

The term „food-safe“ does not exist in the ceramics industry. It is important to use only lead-free and, if possible, only completely non-toxic glazes for dishes and drinking vessels. Some glazes are not acid-stable, i.e., if contacted by light acids, substances of contents may be dissolved from the fired glaze. Although all BOTZ liquid glazes are non-toxic, we recommend for safety´s sake for dishes and drinking vessels only those glazes which are particularly resistant and marked by the “recommended for tableware” pictograph. For reasons of hygiene, this does not include, e.g., effect glazes or mat glazes as food residues may be taken up here.

9) Is there an optimum firing curve for BOTZ glazes ?

You can fire BOTZ Flüssigglasuren (earthenware) very well with the firing curves already pre-programmed in the control system, they do not require any specific firing curve to be entered. If you do your own settings, heat up to a temperature of approx. 600°C with approx. 100°C per hour, then apply full load until the maximum temperature of 1020 – 1060 °C has been reached, with a soak of 10 – 20 min. All samples in the catalogue were fired at 1050 °C with a 15 minute soak (except for Red and Gold, see question 5). Please note that a kiln frequently fires at higher temperatures in the upper range than in the lower range. 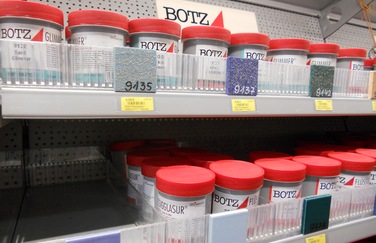 BOTZ Flüssigglasuren are distributed exclusively through specialized dealers for ceramics needs, craftwork shops and mailorder businesses. We would be pleased to give you the name of a dealer near you.

Frost-proofness is primarily determined by the clay rather than by the glaze. If the clay has been „sintered”, i.e., it is sealed and cannot absorb water, it is perennial. Please ask your clay supplier for the sintering temperature of your clay. Liquid glazes can be applied also on highly biscuit fired ware, see also Question 3.

12) Are there any safety data sheets for BOTZ glazes ?

13) My glaze has run off strongly during firing, what is the reason ?

Our program includes some glazes which are intended to run off (see pictographs in the catalogue); in this case, just apply a thin layer to the lower area of your object. If, however, other glazes run off, the layer could be too thick or the temperature too high. Perhaps, you should verify the actually achieved kiln temperature by means of melting cones.